Warning: count(): Parameter must be an array or an object that implements Countable in /home/customer/www/communecharleston.com/public_html/wp-content/themes/commune/includes/admin/libs/metaboxes/init.php on line 756
 Elliot Moss | Commune. 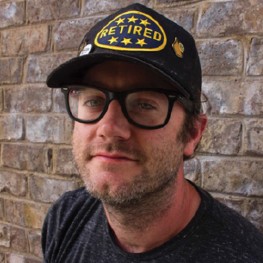 Elliott Moss is a son of the low country of South Carolina. The rich characters, humble attitude, and low country cuisine he grew up with very much influence his approach to cooking today.

Having paid his dues for years in the food industry, it was a move to Asheville to helm the kitchen at The Admiral that brought him regional and national attention as one of the most acclaimed chefs in the area, earning rave reviews from The New York Times, GQ Magazine, Food & Wine Magazine, Martha Stewart Living, Conde Nast, and many more regional & national publications. He was nominated for the James Beard Award for “Best Chef Southeast” in 2013, and was invited to cook at the Annual James Beard Sunday Supper in Atlanta along with many other notable James Beard award winners and nominees from the south.

Elliot Moss has been featured in:

Elliott’s recent projects include Punk Wok, his ode to Appalachia-meets-Asia cuisine, and The Thunderbird at MG Road, blowing minds & palates with his take on Retro-Southern cooking.