Warning: count(): Parameter must be an array or an object that implements Countable in /home/customer/www/communecharleston.com/public_html/wp-content/themes/commune/includes/admin/libs/metaboxes/init.php on line 756
 John Lewis | Commune. 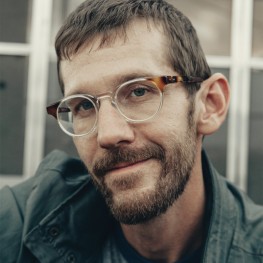 Pitmaster John Lewis is a trailblazer in the neo-traditional style of Central Texas barbecue. A master of craft barbecue, John welds his own custom designed smokers to create expertly smoked pork spareribs, beef ribs, “Texas hot guts” sausage, and his legendary beef brisket. John, who has been referred to as the “wood whisperer,” has an unerring devotion to his craft, tending to his smokers by 4 am most mornings and constantly striving to improve his product.

Born in Brooklyn, NY, John moved to El Paso, TX when he was a kid. At 18, he packed up and moved to Austin to start his culinary career. Around this time, John’s parents gave him a New Braunfels smoker for his birthday, and he started dabbling in Austin’s longstanding tradition of the backyard barbecue. He was soon getting creative with both his smokers and his meats, taking liberties with the design and construction to try and yield a better result.

After a stint in Denver honing his craft in the competition barbecue circuit, John returned to Austin in 2010 to help his friend Aaron Franklin as he opened Franklin’s Barbecue.  While there, John pioneered the flavor profile that helped put Austin barbecue on the map.

John partnered with LeAnn Mueller to open the much-beloved La Barbecue in Austin in 2012. He quickly became the rising star of Austin’s barbecue scene and in just a few short months after opening, La Barbecue made Texas Monthly’s “Top 50 List” and was voted the “Best BBQ in Austin” by the Austin American Statesman.

To this day, John has never purchased a premade barbecue pit or smoker, preferring instead to craft his own from scratch, by hand. Through many years of trial and error, he’s been able to achieve the results he was after—a signature “John Lewis barbecue” flavor and texture.

This fall, John will bring his signature flavor and texture to Charleston, SC, as he opens Lewis Barbecue in the city’s emerging Upper Peninsula.